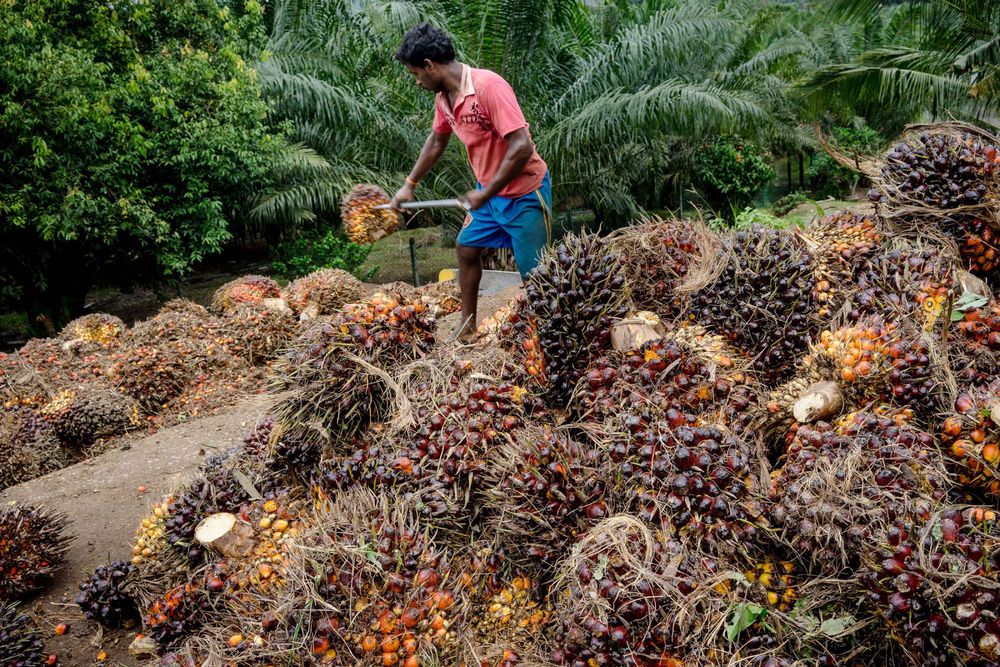 The tide appears to have turned for the world’s most-consumed edible oil.

Just five months ago, benchmark futures in Malaysia languished at four-year lows as investors fretted about stubbornly high stockpiles, waning demand from top buyers India and China and European restrictions that linked palm oil to environmental harm. Then in October, a trade spat between No. 2 producer Malaysia and India threatened to further hit sales and prices.

That all changed at an industry conference in Bali, where top analysts warned that dry weather and haze will hurt production, just as Indonesia focuses on implementing an ambitious, compulsory biofuel program, which is making the country the world’s biggest user of palm oil as well as the largest supplier.

That gave another leg-up to prices, extending the rally from the July low by 50% to more than 2,900 ringgit ($700) a ton and putting the market on track for a 35% gain this year, its best performance in almost a decade, reversing planter fortunes. By contrast, soybean oil is up 22% this year. So what’s next?

Most industry players see prices of the oil, used in everything from chocolate to shampoo and biofuel, staying at elevated levels in 2020. Benchmark futures may average 2,600 ringgit a ton, the highest in three years, according to the median of 25 estimates in a Bloomberg survey of analysts, traders and plantation executives, versus an average of 2,240 ringgit this year.

Here’s what industry participants are watching:

But biofuel mandates in Indonesia and Malaysia are facing scrutiny, especially as palm oil trades at a fat premium of almost $100 a ton to gas oil, compared with an average discount of $54 in the past year. That makes palm more expensive to blend into biofuel and requires increased financial incentives. The industry is watching whether Indonesia reimposes export levies to fund the mandate. That’s more likely now that No. 2 grower Malaysia is set to hike its own export duty from January. “Any failure to fulfil the mandate can have a negative impact on prices,” Varqa said.

Analysts are trimming their outlook for production in Indonesia and Malaysia due to dry weather and lack of fertilizer application spilling into 2020. LMC International Chairman James Fry forecasts global palm stockpiles to shrink next year as slow output growth coincides with a boost to biodiesel mandates. What’s more, relentless pressure from NGOs to stop oil palm planting, as well as the slowdown in new planting due to low prices earlier, will inevitably keep production growth low in the next few years, Fry said in November. Industry watchers will be monitoring fresh fruit bunches to gauge production trends in the coming months, especially if there are signs of an uptick in yields.

The rally has been so fierce it threatens the oil’s traditional role as cheap vegetable oil for food and fuel. Palm hit parity with soybean oil for the first time since 2011, reducing its appeal versus other oils and prompting buyers to turn to alternatives. While a politically fueled trade spat between Malaysia and India fizzled in November, traders will wait to see whether this key customer may look to hike import duties, which could curb palm purchases.

Industry efforts to be more sustainable and avoid being dubbed a climate villain will become more important in 2020, especially since it could lead to more companies or countries restricting the use of palm. There are fears that the EU, which wants to phase out palm use in biofuel, may look to food next. Malaysia has warned that the bloc’s proposed limits on 3-MCPD esters may impact palm’s usage in food products and is looking into enforcing regulations to meet acceptable safety levels of the food processing contaminant. National sustainable certification schemes in Malaysia and Indonesia will become mandatory for growers next year, even as a producing-countries band together to fight what they call discriminatory measures against the palm.

Meanwhile, weather calamities that affect soybean crops in the U.S. and South America, or sunflower in the Black Sea countries could tighten supplies and lift edible oil prices including palm.