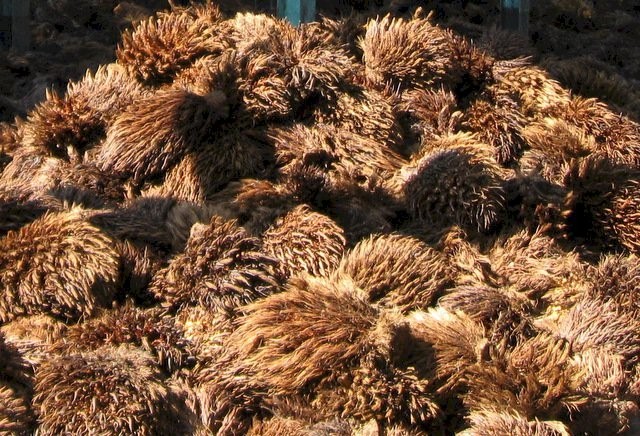 The palm oil industry is one of the largest industries in Malaysia. This rich with resources country processes palm oil both for local usage and for exports. Being one of the largest palm oil producers, there is also a lot of waste generated by palm oil-producing factories. If mismanaged, the waste could lead to pollution. The good news is that most of the waste from a palm oil factory can be recycled to produce a different product. Several common wastes and their recycled products are discussed here. Palm Kernel Shells (PKS) The kernel shells are the left behind fractions of the palm seed once the nut is removed by the crushing mill. The shells consist of a mixture of large and small particles and dust-like particles. These kernels have a low moisture content. Therefore, it is easier to process the kernels as they require less biological activity, energy, and power consumption during processing (due to their low moisture content). A process known as microwave vacuum pyrolysis converts the PKS into fertilizer. Via this process, the fertilizer is formed as biochar. Biochar is an organic bio-fertilizer that causes less harm to plants than chemical fertilizers. In a study, biochar was used to fertilize oyster mushrooms. The result came out impressive with bigger, heavier as well as faster grown mushrooms.

Empty Fruit Bunches (EFBs) As the name describes, empty fruit bunches are simply the bunches of fruits that are left behind once the oil palm seeds are removed. Some factories burn these bunches, causing air pollution. Therefore, instead of merely burning the EFBs, steps can be taken to convert the waste into compost fertilizer. The EFBs could be composted into fertilizer that can be used for various plants, fruits, and crops. Larger companies process the EFBs in high pressured machines to quicken the composting process before applying the fertilizer to crops. Small scale farmers however, directly place the EFBs around their oil palm trees where the bunches act as a water storage source, reduce weeds and also fertilize the trees as they slowly decompose.

Palm Oil Mill Effluent (POME) One of the highly polluting waste of palm oil mills is Palm Oil Mil Effluent (POME). POME is a form of liquid that is normally discarded into nearby ponds, leading to groundwater and soil pollution as well as releasing methane gas into the environment. This liquid effluent can be recycled into fertilizer. For the fertilizer production, the raw effluent is first treated anaerobically before adding to chicken manure. This mixture forms an excellent NPK fertilizer which has been proven to increase the leaves size of kangkung while producing fresher produce. Other than kangkung, it could also be used as a fertilizer for other types of vegetables and fruits.